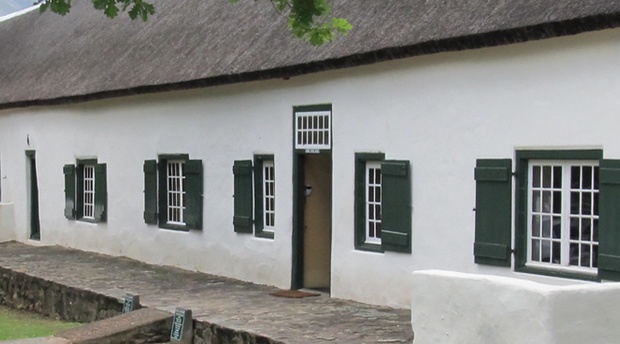 The goal was built shortly after the Drostdy and was originally a simple, long building with lean-to cells at the rear. By 1790 the goal was enlarged and again in 1813. A courtyard was formed by linking the two rear cell wings with a high wall and securing it by embedding glass fragments along its ridge. The two cells in the north-western corner are open for visitors. The whipping post which once stood in the centre of the yard no longer exists. Judicial procedure was very primitive and torture was freely used, especially when interrogating slaves. Corporal punishment was often administered. Flogging, branding and loss of ears were frequently applied to the slaves.

A coffee shop and art gallery is run from the secretaries residence.